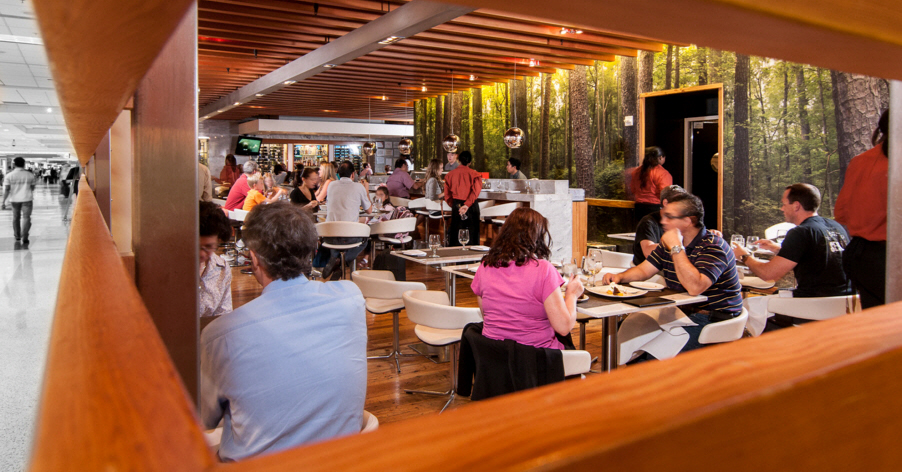 The airport can be the springboard for sheer frustration or sheer joy, depending on the day, your destination and the service. Airport dining should be the one thing you can count on for a positive experience, complete with good food and friendly, expedient service. Having provided airport foodservice concessions since 1996, including operation of the highest volume location in Hartsfield-Jackson Atlanta International Airport – the world’s busiest airport – Jackmont Hospitality knows what it takes to meet the airport restaurant demands. Our expertly trained professionals provide high-level service in a fast-paced environment. And with projected revenues in excess of $200 million annually, Jackmont Hospitality also brings the necessary financial strength to develop and finance its projects.

Jackmont Hospitality owns and operates 37 TGI FRIDAYS® franchise locations throughout the United States, including locations at Hartsfield-Jackson Atlanta International Airport and Miami International Airport. TGI Fridays® is a world-class leader in American casual dining with 50 years of experience in the marketplace.

One Flew South™ is located on Concourse E of Hartsfield-Jackson Atlanta International Airport. As a trailblazing fine dining, sit-down airport restaurant–it is the first and only airport restaurant to be twice-nominated for James Beard awards. The One Flew South menu features globally-inspired, elevated Southern cuisine, expertly crafted sushi and an impressive craft cocktails and wine list. Accolades include: