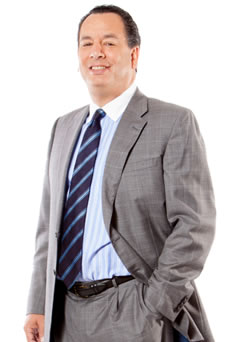 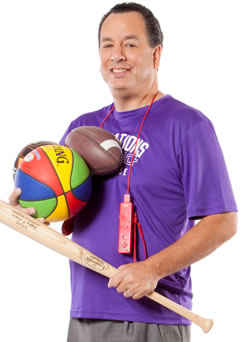 He’s not just the guy who signs the checks and seals the deals. CEO and Co-founder Daniel Halpern is the head, hands, and heart behind Jackmont Hospitality. Daniel provides strategic direction as well as guidance to senior management in day-to-day operations. He also creates key business alliances, and oversees all financial matters.

Not surprisingly, Daniel isn’t new to foodservice management. Not to drop names, but before Jackmont Hospitality, he worked for Holiday Inn Worldwide. He also has a degree from the School of Hotel Administration from a little place called Cornell University. And apparently, Daniel’s reputation precedes him, which is why Johnson and Wales University bestowed upon him an honorary degree in Business Administration in Foodservice Management. Ever the over-achiever, Daniel also earned the Foodservice Management Professional (FMP) designation from the National Restaurant Association.

Like most foodservice celebrities, Daniel has published widely and lectured around the world on industry-related topics. He also makes appearances on the boards of several organizations, including treasurer of Brand USA, and executive committee member and regional finance chair of the Democratic National Committee (DNC). Not to be forgotten, Daniel also has served as: executive committee board member of the National Restaurant Association (NRA); treasurer of the Multi-Cultural Foodservice and Hospitality Alliance (MFHA); vice chair of the Jekyll Island State Park Authority, by appointment from former Atlanta Gov. Roy E. Barnes; chair of the Georgia Restaurant Association (GRA); and board member of the Tuskegee University School of Hospitality Management.

Daniel, Renaissance man that he is, has advised many of the top political leaders of his time, including U.S. presidents, senators, congressmen/women and mayors of leading U.S. cities. In 2008 and 2012, he served as a member of President Barack Obama’s National Finance Committee and as a trustee for the 2008 Presidential Inaugural Committee. In 2009, Mr. Halpern served as campaign co-chairman for the Kasim Reed for Mayor Campaign and as co-chairman for Mayor Reed’s Inaugural Committee.

At the end of the day, as the curtain closes, Daniel is known as “husband” to Sonya, and “dad” to sons Geoffrey Francis and Nathaniel James, and daughter Sloane Alexandra. They live in Atlanta, GA.