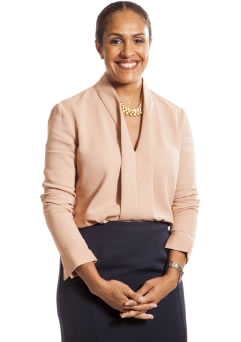 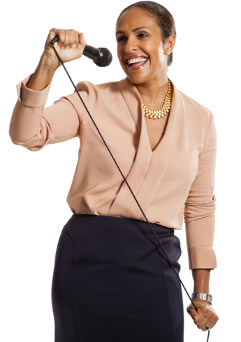 She’s All That
Brooke can cook and is the grill master of her domain.

American Idol
She’s not. But she does love to sing in her car.

Brooke Jackson Edmond – sometimes known as the “better half” – is Executive Vice President and Co-founder of Jackmont Hospitality. She has more than 20 years of experience in construction and hospitality services. Brooke guided the early stages of development and construction for Jackmont Hospitality, including their first TGI FRIDAYS® location – an, ahem, $1.3 million restaurant at Hartsfield-Jackson Atlanta International Airport.

Brooke is known for her astute sense of fashion, but don’t let that fool you – she is as comfortable in a hard hat as she is in a pair of heels. Before Jackmont Hospitality, Brooke owned and operated a construction service company that served a few no-name clients like the Atlanta Committee for the Olympic Games and the Walt Disney Company. She also worked for a little place called Turner Construction Company.

When it’s time to hang up her hard hat, Brooke’s real passion takes center stage.  She actively volunteers in the community by serving on the boards of the Atlanta Convention and Visitors Bureau and the High Museum. Since 2010 she has raised close to $1 million in support of numerous organizations and institutions that make Atlanta special including, MAYNARD, a feature-length documentary about the life of her father, the National Black Arts Festival, the Maynard Jackson Youth Foundation, a non-profit teaching foundation and leadership academy, also founded by her father to teach high school students in the Atlanta metro area, the Atlanta Ballet, Jack and Jill's Atlanta Chapter, Children's Healthcare of Atlanta and Elton John's Aids Foundation.

As the daughter of the late Maynard H. Jackson, Jr., Brooke honors her father by following his wise advice: “Always fully participate…be honest in every situation…always run the business with integrity…and treat your employees well.” Brooke hopes to one day pass on her own words of wisdom to her children: “Work hard and keep quiet until you have something to say.”

Brooke received her Bachelor of Science degree from Spelman College and studied at Cornell University and the Massachusetts Institute of Technology. Brains, brawn, and beauty – this rock star has it all!

Brooke is also CEO, executive director, and head woman in charge of her home in Atlanta, with husband Dr. Rod Edmond and five children, Holman, Clark, Hayes, Brooke Lee, and Cassandra Elizabeth. They are members of Ebenezer Baptist Church.